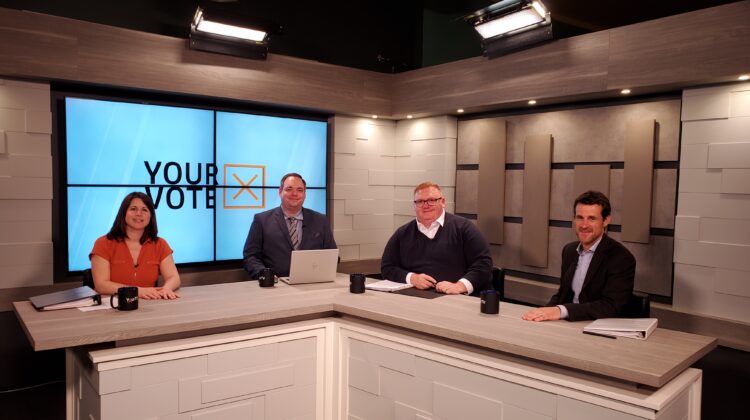 Provincial candidates for Parry Sound-Muskoka talked on riding issues for almost an hour and a half in the riding’s second debate.

Horvath and Richter reiterated promises on health care and affordability from the first debate in Parry Sound, including the NDP’s plan to increase personal support worker wages by $5.00, and the Greens’ plan to build 100,000 affordable housing units.

Smith, who was not present at the first debate, said long term care spaces, whether private or public sector, are needed today. He outlined his party’s plans to add 30,000 new spaces, including at Fairvern Nursing Home, adding that there’s neither the time nor money to nationalize long term care.

Responding to a community question on education, Smith said the Conservatives would freeze post-secondary tuition for another year. Richter stressed his willingness to work across party lines to lower tuition and limit class sizes. Horvath said her party pledges to reverse cuts to OSAP, convert more student loans to grants and bursaries, and wipe out provincial interest on student loans.

Regarding a hypothetical first day in office, Richter said his priority would be installing green infrastructure to help the transition to electric vehicles, providing “relief from the [gas] pumps.” Horvath says her first actions would be a tax freeze on low and middle-income families, with taxes slightly increased for the ultra-wealthy. Smith said his first steps would be to slash gas prices by 0.05 cent per litre, and “continue to listen” to constituent concerns.

Cocks said his party would battle “the dystopian plans of the globalist elite,” and took aim at the Ford Conservatives for an “onslaught of tyrannical overreach” in handling the COVID-19 pandemic.

Maynard said his party would ban political lobbying, scrap tax subsidies for political parties, reduce electricity rates, and reduce the HST by 3.0 per cent. He also promised to end COVID-19 mandates and “remove critical race theory and gender identity theory from our classrooms,” as well as rehire health workers.

Debate organizers YourTV Muskoka say they reached out to the Populist Party’s Brad Waddell and Independent Daniel Predie Jr., but were unable to arrange a recording in time.

The provincial election is June 2.