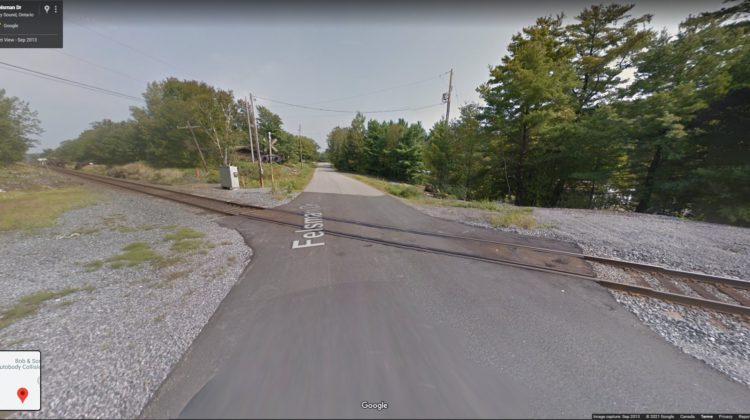 McDougall officials confirmed in a memo released just before 5pm on Friday that as of 4:40 PM the derailment impacting Felsman Drive is clear.

Nobel Road and area are open to local traffic only.

Officials ask that the public exercise caution in this area while CP works to repair, and clean up from the derailment.

Shortly after noon on Friday, a railcar derailed from the Canadian Pacific Railway tracks, blocking access to Felsman Drive in McDougall.

The second derailment to occur in two days with Thursday’s morning Oakridge derailment having been cleared shortly after 4 PM that day.

McDougal officials confirmed in a memo that CP and Emergency crews are on scene and working to open the road.

The municipal website at mcdougall.ca will be updated once the CP crossing is cleared at Felsman Drive.