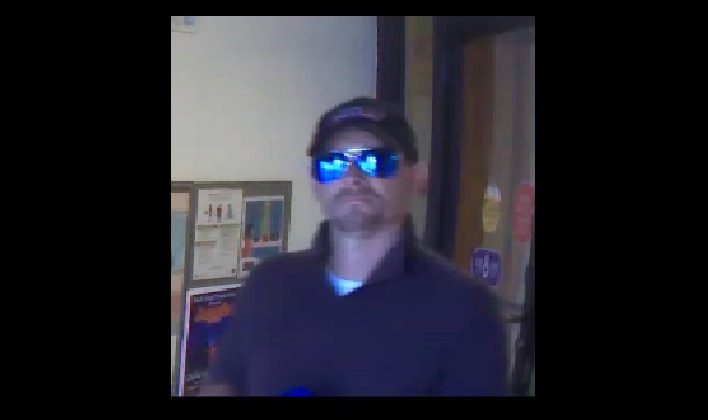 35-year-old Avery Nickerson, from Parry Sound, is shown in an OPP handout photo.

ORILLIA, ON- Both the Parry Sound and Orillia OPP detachments are looking for the same man.

The man in question is 35-year-old Avery Nickerson, from Parry Sound. According to the Orillia OPP, Nickerson is the suspect in two bank robberies that occurred in Orillia today.

Police said that shortly after 3:30 p.m. a lone male walked into a downtown Orillia bank and handed the teller a note demanding cash. The suspect then fled, empty handed, from the bank through the rear parking lot.

About two hours later, the same male walked into a west end bank and again handed the teller a note demanding cash. An undisclosed amount of cash was handed over and the suspect then exited the bank through the front entrance. No weapon was seen during either occurrence.

A thorough search of the area was conducted by OPP members, Aviation services, the OPP Canine unit and members of the Emergency Response Team (ERT) who were unable to locate the suspect at that time.

Police have confirmed that Nickerson is also the suspect in the robbery that occurred in Parry Sound earlier this week.

The West Parry Sound OPP Crime Unit is continuing that investigation with the assistance of the OPP Forensic Identification Services and OPP Community Street Crime Unit.

The male suspect is described as between five feet and six to eight inches tall. He weighs roughly 160 to 175 pounds, and was wearing a beige ball cap, a black t-shirt with a pink collar, and blue shorts.