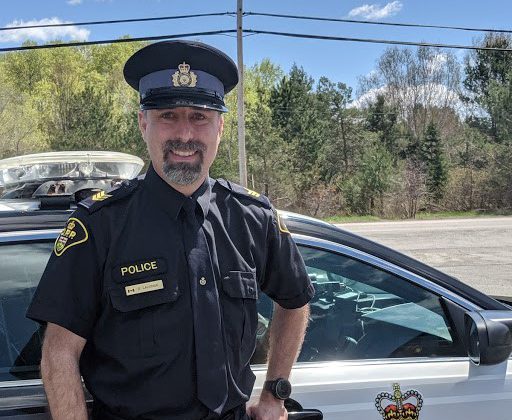 NORTH BAY, ON – The North East Region has chosen the latest person to command the Almaguin detachment.

News broke yesterday that Dominic Lalonde is getting a promotion to the rank of Staff Sergeant and with that promotion is the new role of top brass at the local branch starting August 19th.

Lalonde began his O.P.P. career in 2008 after some time with the Ottawa Police Services. And before that he was a Transit Law Enforcement Officer.

His first posting with the OPP was at the Temagami Detachment. Sergeant Lalonde transferred to the Noelville Detachment in 2013 where he served as a front line member and then assumed the position of detective in 2014 in a specialized crime unit.

In 2018 he took the position of West Parry Sound’s Detachment Commander.

Lalonde had this to say about his new role “”I am very proud to have been chosen to lead the dedicated officers of the Almaguin Highlands Detachment to continue to provide effective front line emergency response services and investigative excellence to the communities we serve. Together, our team of highly skilled and professional officers will continue to keep our communities safe in partnership with our community leaders and engaged external agencies.”