Alcohol and boating never mix, says O.P.P. after busy weekend on the water 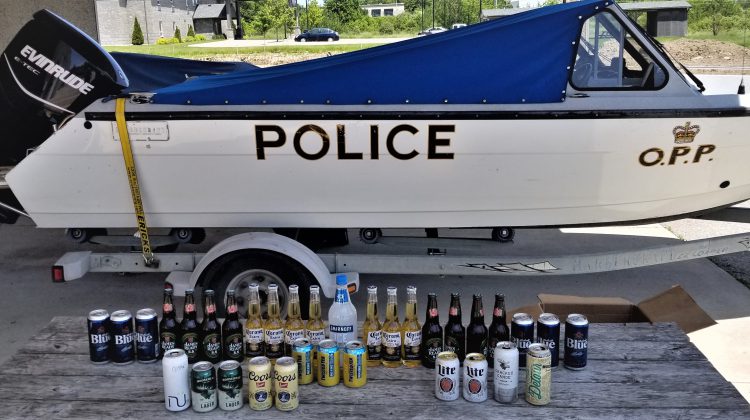 Alcohol seized over the weekend. (photo provided by the O.P.P.)

MIDLAND, ON – The O.P.P. is extending a province-wide warning after issuing several water-related notices in Georgian Bay.

“Alcohol and boating never mix” that is the message of the Southern Georgian Bay detachment being sent to boaters all over Ontario.

According to the O.P.P., the marine unit logged 20.5 hours checking vessels in the area and over that time, the police issued 11 notices for various reasons.

Another situation the O.P.P. is using as a warning was the charges laid on a 19-year-old Toronto resident. Officers checked the person’s boat and learned that not only was there open alcohol on the boat, but there was also not enough life jackets for the people in the boat.

The Torontonian was charged with operating a motor vehicle while impaired, boating with 80 milligrams or more of alcohol in the bloodstream, operating a pleasure craft with not enough life jackets, and open alcohol containers on the boat.

Although they were driving a boat at the time, the charges carried an automatic 90-day suspension of their driver’s licence.

The O.P.P. says that “impaired boating is impaired driving.”