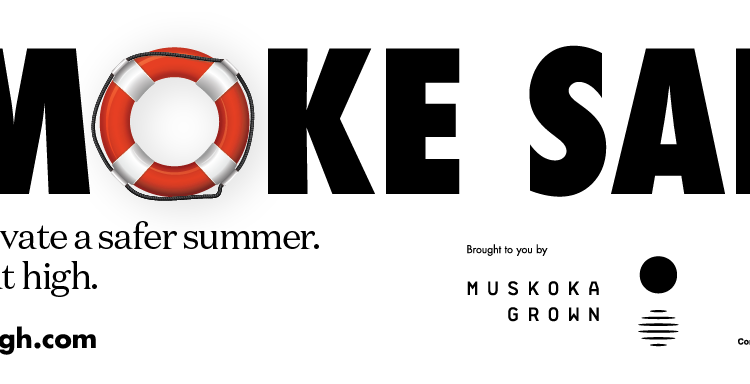 BRACEBRIDGE, ON- With the summer here, two organizations are trying to hammer home that boating should be done sober.

Andrea Grand, the Director of Marketing for Muskoka Grown, a local cannabis grower, says that Muskoka Grown and the Canadian Safe Boating Council have partnered to preach the idea of responsible cannabis consumption and safe boating.

Grand says that each year there are millions of boaters across the country and with this being the first summer that recreational cannabis use is legal, the two organizations wanted to educate the masses.

Back in May, Grand says that Muskoka Grown and the CSBC elected to launch the campaign Smoke Safe. She says the campaign is designed to raise awareness about keeping cannabis use and boating separate.

“We’re really trying to cultivate a safe summer for everyone,” says Grand.

She says her company and the CSBC is hopeful that people, adults, in particular, are responsible and “leave their green onshore.”

Aside from promoting the idea of not boating high or under the influence, Grand says they are encouraging people to take a pledge against it too. The pledge can be found at www.dontboathigh.com

Grand says that through that pledge there are also education tools and information about cannabis and its consumption.