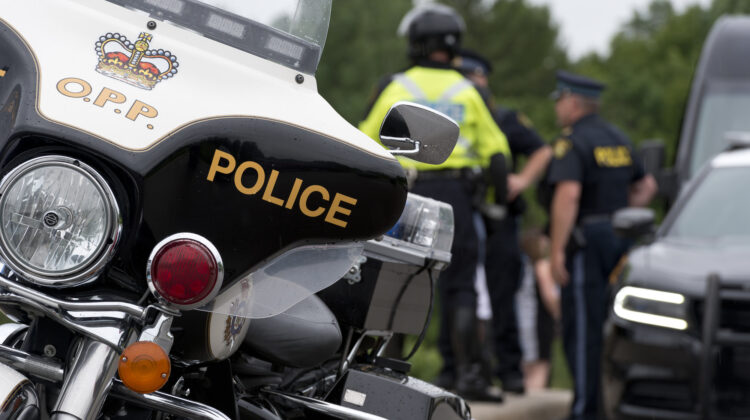 New data released by the OPP shows that motorcyclists involved in fatal crashes were the at-fault drivers 60.7-percent of the time.

The analysis was done between 2012 and 2021. It was released earlier this month to mark the beginning of motorcycle safety awareness month.

“That number was quite shocking,” says Sergeant Paul Beaton, Provincial Coordinator for the OPP Motorcycle Program. “We’ll often look at numbers year by year and we’ll never see anything that high, but when you look over a 10-year period, I’ll say that’s completely unacceptable.”

Excessive speed, failing to yield right of way, and driver inattention are listed by the police as the leading causes of OPP-investigated motorcycle fatalities.

“It’s not a car versus motorcycle issue,” Beaton says. “This is everyone sharing the highways together.”

For bikers, he says it’s vital they wear the proper equipment when riding. “Anything you will need to protect yourself,” he says. Beaton adds that checking your bike before you set out is a good habit to get into. “If something doesn’t look right, doesn’t sound right, have it checked,” he explains.

“Motorcycles are more vulnerable than being inside of a steel cage with four wheels,” Beaton says. People in cars should also give lots of space to bikers. “More space means more reaction time,” he explains. On top of that, Beaton says drivers should always have their heads on a swivel to be on the lookout for bikers.