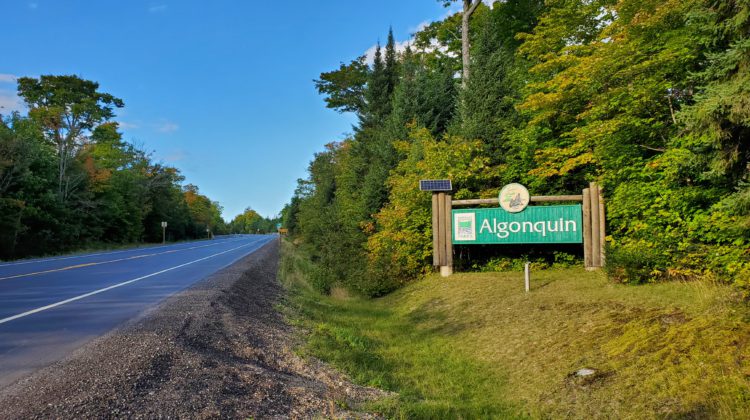 An advance permit pilot program running at Algonquin Park, as well as 16 others, could pave the way for similar measures across Ontario.

Park officials previously announced that day-use permits would be available five days in advance, with capacity limits in place. The measures have been put in place to curb overcrowding in the park, according to Steven Kearney, Group Leader on Ontario Parks’ Highway 60 Gates Program.

“There’s been a remarkable increase in visitation; specifically the Thanksgiving weekend is pretty crazy, so over the past six years, it’s resulted in a bunch of capacity issues and safety concerns.” says Kearney. “The daily vehicle permit capacity and the advance pilot project are kind of a way to address those safety concerns.”

COVID-19 was not a major factor in the decision to prevent overcrowding, according to Kearney. He says the safety concerns mostly stem from people parking on the highway’s shoulder to use the park.

“People try to park along the highway, or stop to see moose,” says Kearney. “It’s never a good idea to stop and get out on such a busy highway, [there’s] thousands of cars passing through Highway 60 every day. Adding bodies and vehicles all along the highway is quite dangerous when there’s a constant flow of vehicle traffic.”

If you’re simply crossing a park as through-traffic, you don’t need to worry. Kearney says vehicles do not need to register for day-use unless they plan to stop along the way to use trails or facilities.

Although Algonquin is the biggest park running the pilot program, it is not the only one. Sixteen other parks in Ontario are part of the program:

If the pilot program is a success, Kearney says Ontario Parks might implement the program in every park it oversees. He says the organization will be looking at whether there were less collisions in the parks and whether safety increased overall while the program was running, as well as feedback from park visitors.

Although he hopes vehicle overcrowding will be less of a problem with the measures in place, Kearney still encourages people to drive carefully while in the parks.