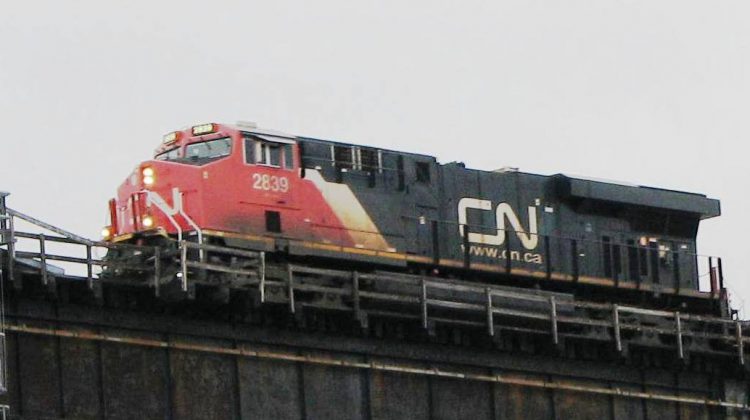 In an email to the My Parry Sound Now newsroom a CN Rail Senior Media Advisor said “on Sunday morning, a CN locomotive and 24 empty intermodal rail cars derailed in various positions on CP’s Parry Sound Subdivision near the municipality of Archipelago, approximately 30 minutes north of Parry Sound.”

CN Rail confirmed there are no reported injuries, dangerous goods, spills or fire and that CN and CP crews are on the scene.

The cause of the incident is under investigation.

As a result of the derailment, Highway 529 between Britt & Pointe Au Baril was closed in both directions from 10 AM Sunday until Monday afternoon.