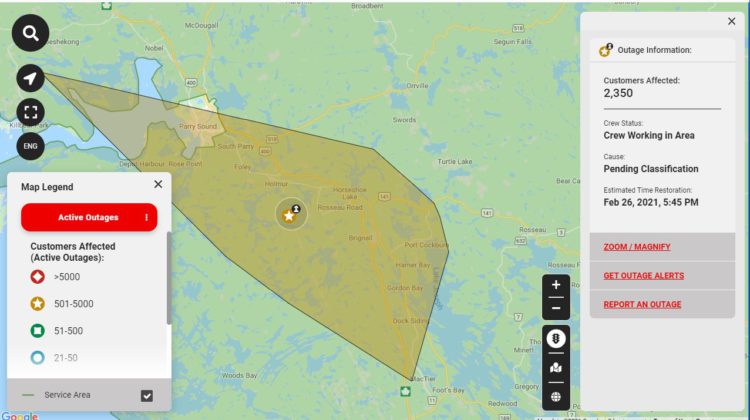 Around 4:15 PM, Hydro One released a statement notifying customers in Parry Sound Humphrey, Conger, Seguin, Foley and Carling of a forced power interruption.

Hydro One said the outage began around 1:03 PM and is expected to last until around 9 PM Friday.

The outage is reportedly affecting 2,350 customers in the area and is expected to be restored around 5:45 PM Friday. 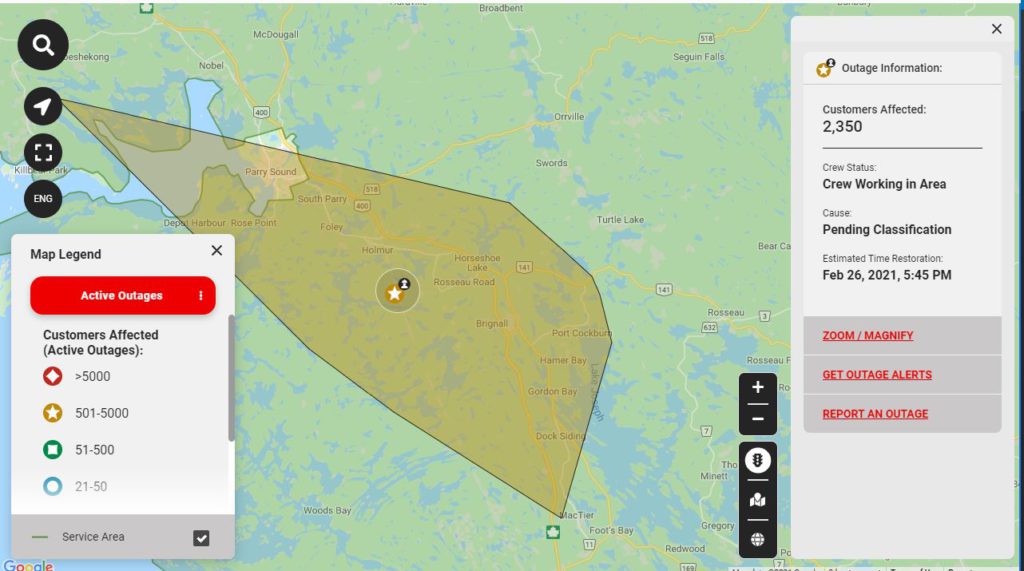