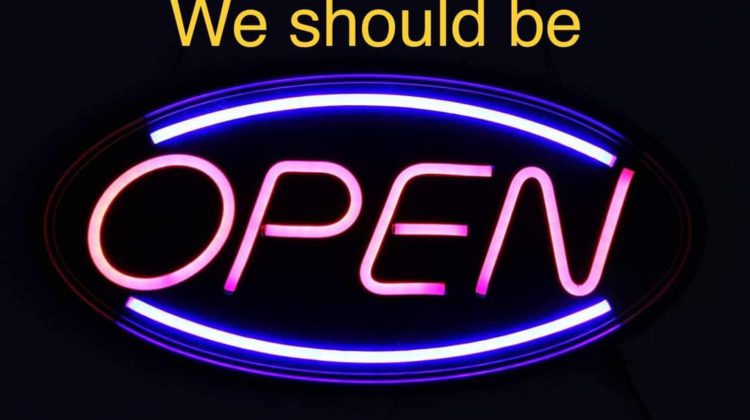 A peaceful and respectful 48-hour protest against extending the shutdown in the Parry Sound area is taking place Tuesday.

Chris MacDonald, owner and operator of Georgian Lane Entertainment on Bowes Street, made a Facebook post on Sunday stating that on Tuesday, February 23rd, he will be lighting up their OPEN sign for 48 hours.

In a call with MyParrySoundNow, Chris said this was something he wanted to do as a show of solidarity with other business owners that are frustrated with the extended lockdown.

Within a day at least two other businesses have joined in Chris’s Light Up Parry Sound initiative planning to join him in the two-day peaceful protest.

Chris says the store is not opening, and he wanted to make that clear for any customers who may see the sign.

He says this is a non-violent form of protest and doesn’t really disrespect front-line workers in the area.

Chris says the statement behind this is simple, businesses want to re-open.

He adds that if anyone wishes to join, they are more than welcome to leave their open sign on and put a note on your door mauve for customers not to think you are open 24 hours, and explaining why.