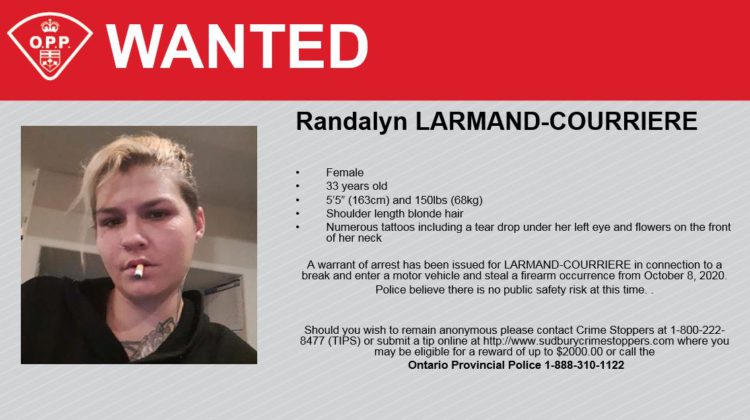 Police are searching for a woman who’s wanted in connection to a break and enter of a vehicle.

West Parry Sound OPP are asking for the public’s help in finding 33-year-old Randalyn Larmand-Courriere – of no fixed address.

Back on October 8, police say they issued a warrant for Larmand-Courriere’s arrest after she attempted to steal a firearm from a vehicle.

OPP says she also has numerous tattoos including a teardrop under her left eye and a flower on the front of her neck.

Police believe there is no threat to public safety at this time.

If you have any information on the whereabouts of Larmand-Courriere, you’re asked to contact OPP or Crime Stoppers at 1-800-222-TIPS.