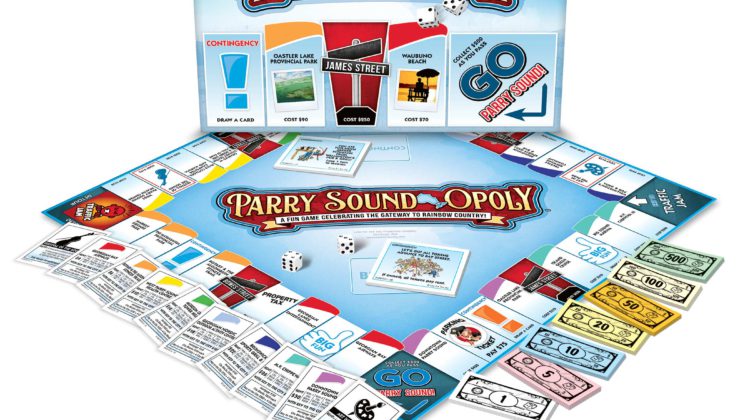 A series of local monopoly-based board games have been making the rounds in Parry Sound-Muskoka.

The Parry Sound-Opoly, Bracebridge-Opoly and Huntsville-Opoly board games, created by Outset Media, all take a unique spin on the original version of the game where the places are the pillars of their respective communities.

Senior Vice President at Outset Media, Jean-Paul Teskey says after making a version for bigger cities – they decided to opt for a small-town feel.

“We thought what a great idea. Until that point, we’d been doing things like cat-opoly, dog-opoly, beer-opoly. But, in terms of celebrating communities – you can’t get a better format for a game that recognizes specific areas in specific places – than a monopoly-style game.”

Amid COVID-19, people have been spending more time at home, leading to a resurgence in board game popularity.

Landmarks that are featured in Parry Sound include Market Square Park, Museum On Tower Hill, Big Sound Marina, and many others.

Meanwhile, the Huntsville landmarks include Avery Beach and River Mill Park,  Lions Lookout, the Algonquin Theatre and Muskoka Heritage Place, Deerhurst Resort, and Huntsville Festival of the Arts, among others.

As for local reaction, Teskey says they’ve received an unbelievable response from residents.

“These towns also have a number of visitors in these towns and what a great way to bring home a piece of Parry Sound, Bracebridge or Hunstville then having a game like this. It’s turned out to be a huge success.”