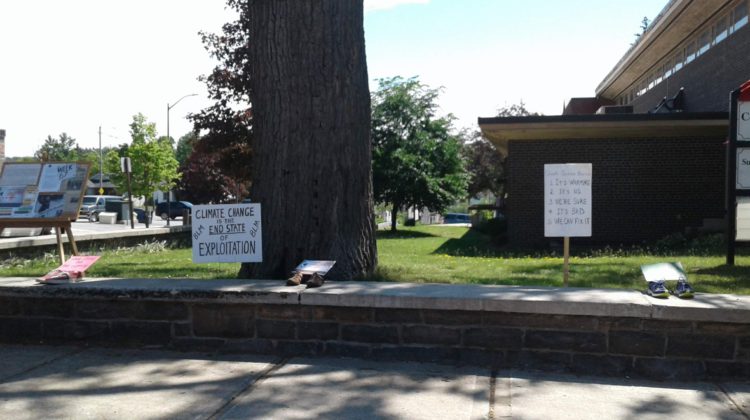 Climate Action Parry Sound is joining a global initiative to help in the fight against climate change.

The organization will be taking part in Fridays For Future Canada’s Shoe Strike – inviting residents, families and kids to bring a pair of shoes to show solidarity with those who are trying to bring awareness to the issue.

In an interview with MyParrySoundNow, Co-organizer Judy Christenson says, despite the ongoing pandemic – they wanted to still be able to draw attention to the issue of climate change – while respecting health guidelines.

“Climate Action groups still want to keep the message out there, and this is a way to be seen. Every crisis needs to be seen and treated appropriately. At the time of COVID-19, we don’t want people to forget there’s this other crisis going on.”

She adds that because mass gatherings are not in the cards – this is the next best way to show support.

People interested in participating are asked to bring their shoes to the Unite Church lawn, or you can drop them off at 44 Bay Street – where a bin has been provided anytime this week.

Ken Christenson, Judy’s husband and the other co-organizer, says it’s important for them to people able to get their message out – even if they can’t gather for mass protests like they normally could.

“Some of these shoes will have signs in them saying what it’s all about – treating an emergency as an emergency. It represents people who can’t gather in a big crowd anymore but want to show that there still here and that this emergency is not going away – it’s getting worse.”