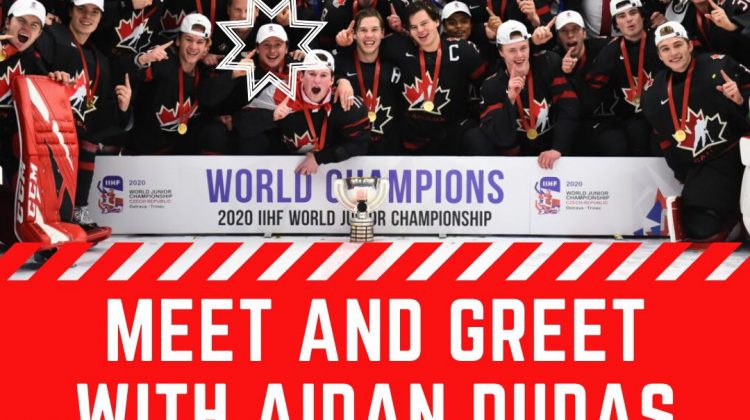 On Tuesday, January 7th the Parry Sound native and Team Canada Gold athlete is going to be at the Bobby Orr Community Centre for a one hour meet and greet.

Dudas was part of the team that won gold at the World Juniors 2020 tournament against Russia.

At only 19-years-old, Dudas signed an entry-level contract with the LA Kings for the 2022/2023 season and was later recruited to play for Team Canada at the World Juniors tournament.

Dudas will be available to meet between 7 p.m. and 8 p.m.