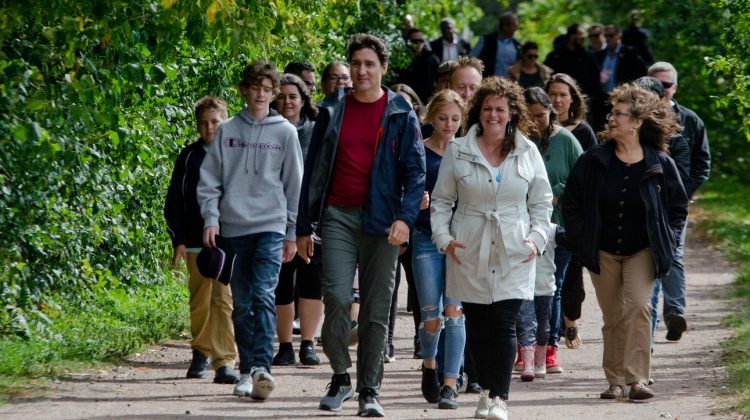 PARRY SOUND-MUSKOKA, ON- Trisha Cowie is figuring out her next steps.

Cowie was the Liberal candidate for Parry Sound-Muskoka in the recent federal election, and came in second place behind the Conservative’s Scott Aitchison. Cowie gained 16,615, to Aitchison’s 22,845.

If the votes for the NDP’s Tom Young and the Green’s Gord Miller were added to Cowie’s total, she would have carried Parry Sound-Muskoka with a total of 31,441 votes. This split in the progressive vote is what Cowie believes cost her the win.

Despite the loss, she was happy that the “progressive voice” in the riding was the loudest.

“I hope that that message was received by our now Conservative MP, because that is really important,” said Cowie.

“We need to put to bed arguments against carbon pricing, things like that. There are things we need to put forward on now, and one of those is a price on pollution.”

She believed that the split would be fairly obvious to anyone watching the local results.

“I think that is probably one of the more obvious things, and something I was concerned about from the beginning,” said Cowie.

“I tried my best to unite that voice, but in the end, failed at that.”

As for her own political future, Cowie said she is taking it “one day at a time”.

“That’s one lesson I’ve learned, as I’ve gotten older. I’ll keep options open for sure, but it may be time to pass the torch to somebody else. Who knows.”

She is planning to return to work at her law practice in Bala, and focusing on her family. According to her, the last six weeks have been about everybody else but her family.

She didn’t rule out any runs at other levels of government, but said she hadn’t considered that “at all”.

“My family and I will be out curling, and contributing in other ways,” said Cowie.

“I do not know if politics are going to be there, but I won’t X out options.”

The national result that sent the Liberals back to Ottawa with a minority government was “bittersweet” for Cowie, but she was happy to see Prime Minister Justin Trudeau “back at the helm”. She also was hopeful that Aitchison will fight to bring in federal funds earmarked for housing to the riding.

Lastly, she thanked everyone who supported her both in 2015 and this election.

“I am so appreciative of all of all of the support from the volunteers,” said Cowie.

“It’s very hard to articulate, that would be the biggest message, just thank you so much and thank you to all those who got out to vote and participate in that democratic right.”