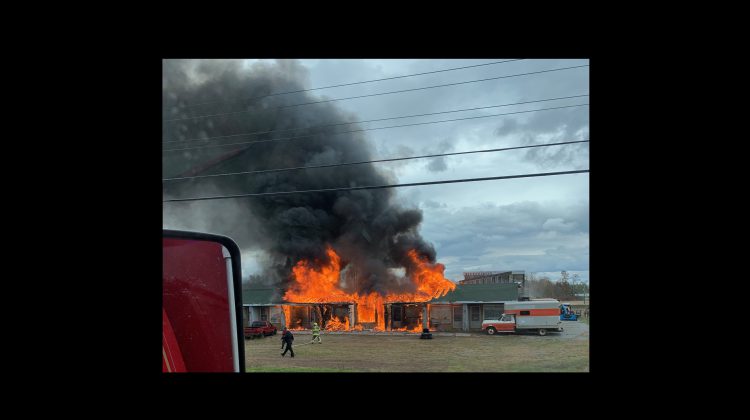 Image of the Dream Inn fire courtesy of the Britt fire department.

BRITT,ON- A resident of Britt has lost their home and business after a destructive fire on the long weekend.

According to Britt fire chief Larry Olds, a candle that got away from a woman staying at the inn was the cause of the blaze. The two people who were at the inn at the time of the fire were the woman and the man who owned the business.

Olds said the woman was a friend of the owner.

There were no injuries from the fire, but the building is a total loss. Nearby cars and a pair of campers that belonged to the owner of the inn were also destroyed.

Olds said that the owner does not have insurance for the vehicles or the inn, and estimated that it would likely cost more than $500,000 to repair the hotel, without factoring the cost of the vehicles.

He had not heard of any community actions to help the owner at the time of this publication.

The Red Cross is currently assisting the victims of the blaze.