Fireworks have a “devastating impact” on the environment: The Land Between 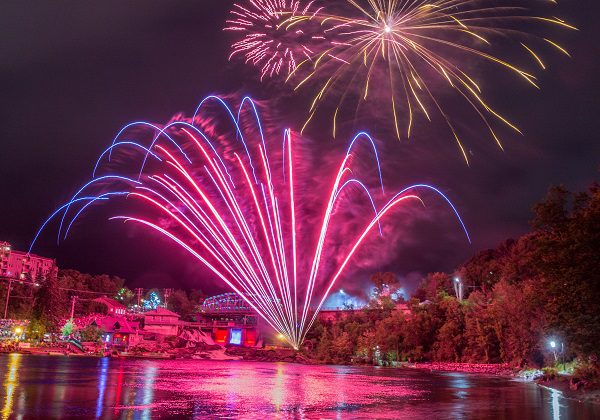 HALIBURTON, ON – Oohs and ahhs aren’t the only thing that fireworks cause.

The Land Between is trying to shed some light on the impact that fireworks have on the environment.

According to the conservation authority, the colourful and often loud displays do harm in a number of ways.

The Office of the Ontario Fire Marshal gave some figures to the Land Between that suggests that between 2009 and 2013, 129 fires and $2.9 million in damages were connected to the use of fireworks.

Another problematic result of the explosive celebration is the sound. Research studies have found the noise from fireworks causes wildlife to experience fear, stress and anxiety.

“ Animals such as birds and other small mammals are often reported abandoning their nests leaving their defenceless babies behind due to the trauma that they experience from the loud bangs of combustion. The panic of the ordeal can cause disorientation, decreasing the ability for wildlife to locate their homes,” says the Land Between.

On top of those concerns, the Land Between also points to the fact that fireworks expose animals and humans to toxic chemicals in the smoke that follows the combustion.

Scientists from the Meteorological Service of Canada concluded that “studies are needed to document exposure to species of the elements emitted by fireworks and to assess the toxicity of particles of various chemical compositions in inhaled fireworks smoke” (Atmospheric Environment, 2010).

Upon combustion, many chemicals and small minerals are released into the air. Leftover particles that fall to the ground can pollute waterways and pose as a risk to both wildlife and humans.

Around the world, other cities have countries that have taken steps to reduce the negative impacts of fireworks. China has completely outlawed them, Collecchio, Italy uses silent fireworks, and Banff has cut out the use of fireworks altogether.

As a way to reduce the impact locally, the Land Between has compiled a list of suggestions

Ford Explains Why He Went To The Cottage