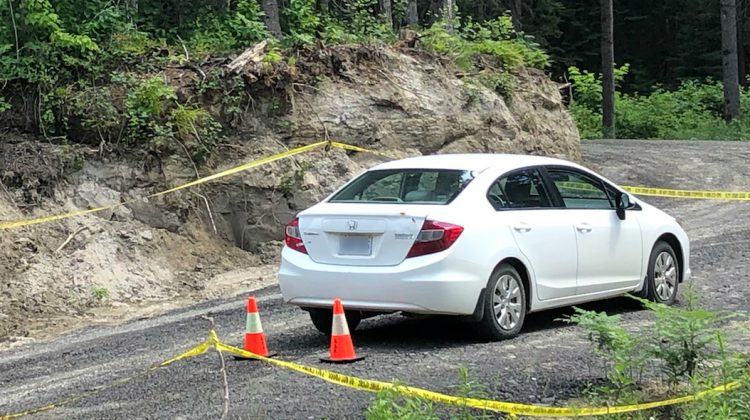 A vehicle is cordoned off by crime scene tape on the driveway of 625 Deer Lake Road during a police investigation on Wednesday, July 17th, 2019. Photo by James Wood/MyMuskokaNow.com

EMSDALE, ON- A police investigation is underway after a serious incident in Emsdale on Monday.

The incident was believed to have occurred that night at 625 Deer Lake Road.

Information sent to the MyMuskokaNow.com newsroom indicated that a woman is believed to have been hit by a car driven by a young man.

She is believed to have passed away at the scene.

Today, crime scene tape still surrounded a white passenger car in a driveway at that address.

A death is unconfirmed by the police at this time and no media release has been issued in relation to this incident from the Almaguin detachment, but a reporter from the
MyMuskokaNow.com newsroom confirmed the presence of forensic investigators at the scene.

More information on what took place will be reported on as it becomes available.