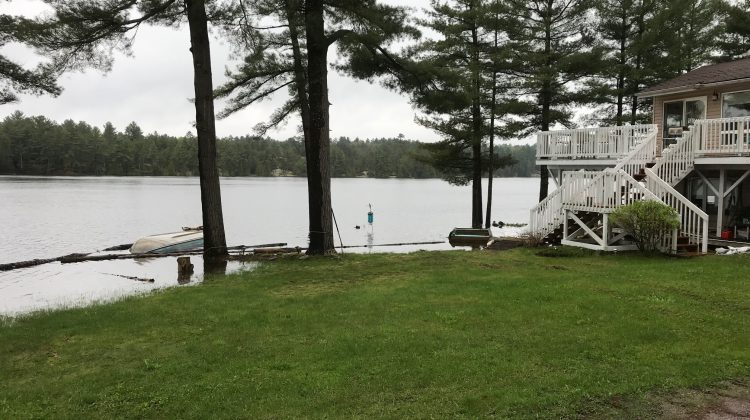 French River, ON – Hundreds of people can’t access their homes in French River and won’t know when they can get back in to check damages until at least Thursday.

The flood warning was extended last Friday and Mayor Gisele Pageau said administration will meet on Thursday to make a decision on where to go from here.

She added while waters are receding, there are many homes still submerged.

“Especially for those who have permanent homes here, part of the problem is whether or not they have insurance,” Pageau said. “The province is providing some relief but we have to get on the list. We aren’t quite on the list yet. People are getting anxious as the water is receding to go into their homes and figure out what they are going to do.”

Pageau said the water levels were receding nicely before the rain on Monday. She added with more rain expected, they can’t make any decisions yet.

“We need to get down to our flood levels before we take the emergency off,” Pageau said. “Depending on the weather there is still the possibility of a negative effect should there be 30 to 50 millilitres of water coming down over the next couple of days.”

Pageau added that at least four of the municipality’s nine roads are still under water which is preventing residents from getting to their homes.

She said it is still too early to think about estimating damages.