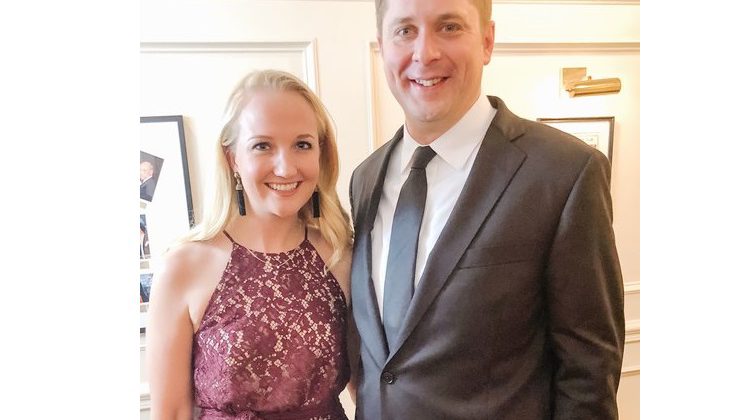 One of the people vying to represent Parry Sound-Muskoka is sharing their thoughts on a date being chosen.

Holly Thompson, one of the four candidates running to be the next Conservative representative for the area, says she’s “excited” after hearing that the nomination vote is happening at the end of June.

Thompson, a Bala resident, sent out a press release detailing her excitement over a date being set. She said “I am excited that we now have a voting date, and I am determined to win both the nomination and the election in October. We have a large, diverse and hard-working team across the riding and the enthusiastic support at our kick-off event and at many events since then has me feeling a lot of momentum.”

Although Thompson has determination, she is currently in a race with three other people. She will be going up against Meghan Shannon from MacTier who has a Ph.D. in Geography and Environmental Management, Huntsville Mayor Scott Aitchison, and Alan Fraser.

The charted accountant, Thompson, said that her multi-generational history in Bala and business background are why she would be best suited to represent the area in parliament. As well, Thompson believes she’s aware of the needs of the area, saying “I am hearing consistently that the people here in Parry Sound-Muskoka want high-quality jobs, not just seasonal employment. They want investments in broadband internet to help create those jobs. They want affordable housing to be built. And they want a plan to protect our environment and protect against flooding like we’ve seen this year without Justin Trudeau’s crippling carbon tax.”

Residents of Parry Sound-Muskoka must be members of the Conservative Party in order to vote in the upcoming nomination contest.