62 elementary teachers in Near North Board get layoff notices 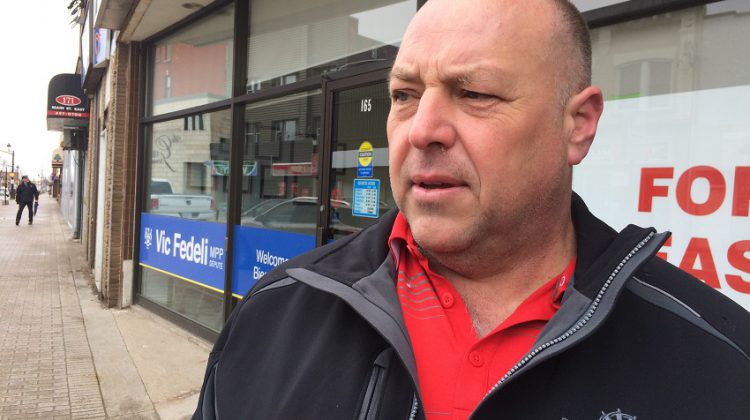 Sixty-two elementary teachers with the Near North District School Board have been given layoff notices.

Rob Hammond, the President of the ETFO Local, is blaming the Ford government and Nipissing riding MPP Vic Fedeli for the layoffs.

He says because the school board has not been given technical papers which detail where education dollars are directed, the local board is estimating what number of teachers it will need in the fall.

“They (the school board) don’t know if they have money for special education or for educational consultants,” Hammond said.

“So they pared it (the layoff numbers) right to the bone.  This is what we have to go with and until the government gives them the technical papers, we’re stuck with what they have.”

Hammond is hopeful that once the technical papers are released and the board knows where to direct government money, the layoffs can be rescinded.

A few weeks ago Hammond was told by the board it would be serving surplus notices to 88 elementary teachers.

However, shortly after that the Grants for Student Needs numbers (GSNs) were announced and the board was able to reduce the 88 to the 62 notices it issued.

Hammond says the technical papers have never been this late and that the delay is “unheard of”.

He goes on to say normally the GSNs and technical papers come out around the beginning of March, and the union president has no idea when those technical papers will be released by the government.

Hammond says with that many teachers facing layoffs, the most vulnerable students will suffer.

Grades 4 to 8 already have the largest class size average and as class sizes continue to grow, Hammond says it means less one-on-one attention for each child.

Hammond says this is especially harmful to children with special needs. He released the teacher layoff number outside Fedeli’s office late Friday afternoon.

“Our government is committed to protecting what matters most while balancing the budget in a responsible manner,” said Fedeli’s statement. “Once again, let me be clear – we are standing by our commitment that not a single teacher will lose their job as a result of our proposed changes to class sizes and e-learning.”