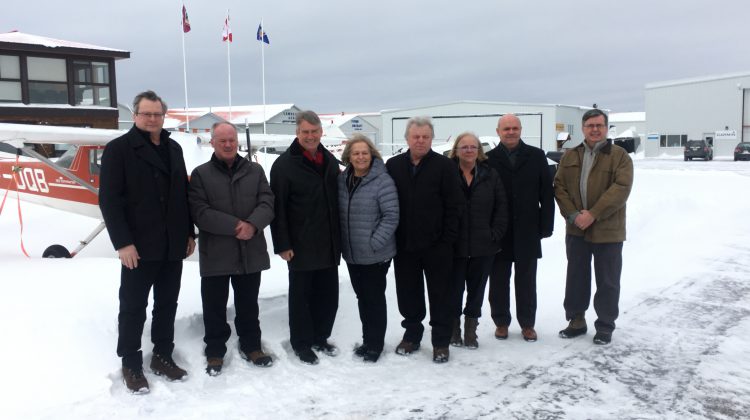 Miller said that the province would fund $495,000 to expand the industrial park.

“I’m told, in the entire business park, that there no service lots are for lease. Today’s investment in phase eight of the business park expansion would prepare six private sector developments.

Work involves site preparation including rock blasting and leveling, an extension of hydro, water and septic services to the new lots. The road will also be extended to access the lots,” Miller said.

Miller mentioned that two companies are already considering occupying units at the business park. He said a high-end roofing material manufacturing business is likely coming to the area though wasn’t able to estimate how many jobs this investment could create.

“Space for six new respective business lots could create a decent number of jobs,” Miller said. “I think the airport has done a good job in attracting a wide variety of businesses.  I’m very impressed with what the airport commission has done.

We look back on how it’s changed here at the airport in the past 20 years and it’s impressive, the businesses that have been attracted to the area. I’m really happy about that and I want to thank all the commission members  for doing a great job,” he added.

The province has contributed more than $2.2 million towards the Parry Sound Airport’s business park expansion project.