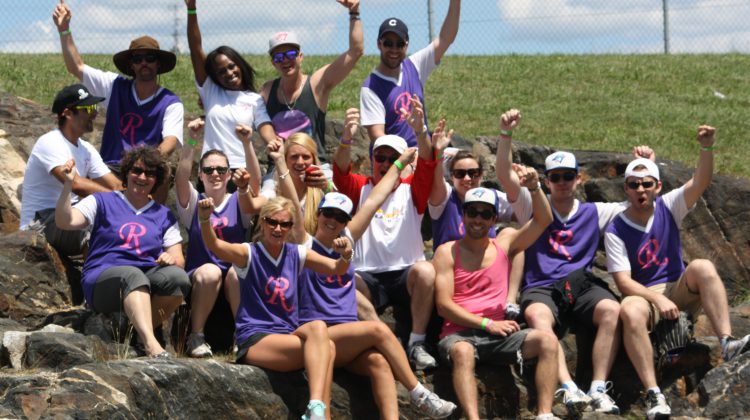 The Rotary Club of Parry Sound will be carrying the tournament torch for their first annual 3-pitch tournament which is formally the RACH (Rallying Against Cancer Hardcore) Fund.

David Brunton, President of the Rotary Club of Parry Sound, has been participating in the RACH 3-pitch tournament since its inception nearly 16 years ago.

“We’re really privileged that Dr. Tom Higgins and Joanne Higgins have officially endorsed the Rotary Club of Parry Sound and our 3-pitch tournament as formally the RACH tournament. We’re really appreciative of that acknowledgement and moving forward, we have the resources to stage an event of this nature and size,” said Brunton.

“The nature of this event is bringing family and friends together for a weekend of fun, to play a little bit of baseball and raise some money. This year, the proceeds will be divided among the local cancer care at the West Parry Sound Health Centre,” he added.

Brunton mentions that the piece of equipment where donated funds will be allocated will be for a cover slipper. With input from the Higgins family, Rotarians, former committee members and hospital employees all hellped to identify how the funds raised would be allocated.

This year, the format is the same as in previous years now that the Rotary Club is assuming the event. There will be a Pickerel fish dinner on Friday evening, opening ceremonies and then a swing into baseball, a silent auction and a dance with a live band on both Friday and Saturday.

“We’re so thrilled with the response and support from the community and ballplayers that still want to rally on for friends and family who have been stricken with cancer,” Brunton said.

Brunton said it all started 16 years ago with Rachel Higgins, a young girl who was stricken with a rare cancerous brain tumour and after experiencing care at Princess Margaret Hospital for months, Rachel wanted to raise funds as a thank you to the staff for their care.

“Rachel thought a 3-pitch tournament would be a fun way to raise funds and she even played with us for a few years before being called to angel status,” he said.

This year’s goal is $70,000, which will allow the Parry Sound Rotarians to support much-needed equipment for Cancer Care in local health centres.

Rotary Strikes Against Cancer 3-Pitch Tournament will be held on June 14th to 15th and registration opens at 9:00am on February 14th here.