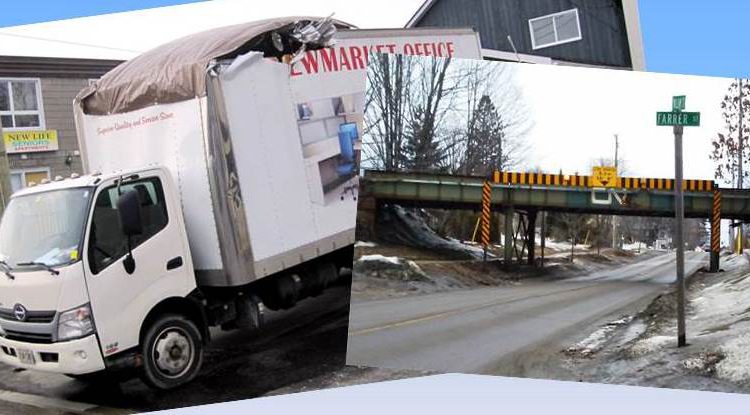 A low-lying train overpass proves to be a problem for a delivery truck in Parry Sound.

The box hauler was travelling south on William Street on Monday at about 5:00 pm when despite numerous warning signs, it allegedly hit the CN rail bridge, peeling back part of its roof.

The damaged truck was located on Bowes Street at about 6:00 pm that evening.

Two men, one 29, the other 63 years-of-age occupied the vehicle at the time of the crash.

West Parry Sound OPP charged the driver with failing to report the incident and failing to obey a sign.